IH Johannesburg has been open and in the same location, in the area of Braamfontein, for 25 years.

Braamfontein is near the city centre and is considered a student town with many colleges and two universities in the vicinity. It offers students the opportunity to embrace vibrant city life in a multicultural, relaxed, yet highly professional environment.

At IH Johannesburg students can learn English in an exciting environment that embraces the multiculturalism and the vibrancy of city life - or they can study to become a teacher. Our facilities cater to the learning needs of every student, with over 50 computers, tablets, access to e-learning materials and internationally recognized course materials. We pride ourselves on offering small classes and plenty of individual attention.  For language learners we offer all Cambridge suite exams, and OET tests (Occupational English).

Students studying to become a teacher can take the internationally renowned CELTA.

Many of the team at the school have been there for many years, and directors are actively involved in the day to day running of the school. Its a good place to study and work.

Doing my CELTA at IH Johannesburg has taught me much more than just the best teaching system in the world (in my opinion, at least). It has also shown me that there is nothing that can beat the feeling of standing in front of a class of eager students and imparting knowledge whilst being passionate, kind and fun! Words will never be able to do justice in expressing how grateful I am to the staff and masterminds behind the institution. Thank you! Naseebah Kathrada

Life in and around Johannesburg

Johannesburg, affectionately called Jo'burg, Jozi, and E'Goli, the "city of gold," is the financial and industrial metropolis of South Africa, built on a rich history of gold mining. The city is rapidly evolving from an edgy safari stopover to a vibrant hub for arts and culture. Cutting-edge contemporary galleries and the new Maboneng Precinct, with its funky restaurants, cafes, and art studios, now rank among the city's top tourist attractions along with the poignant Apartheid Museum and Constitution Hill. Glaring disparities — the shanty towns of Soweto, birthplace of the nation's struggle for democracy — still contrast sharply with the walled villas of wealthy enclaves and the city's gleaming skyscrapers. However, rapid changes are coaxing tourists to linger. Hop aboard one of the new Gautrain trains and buses to explore or take a guided tour, and not far from the city's borders, more adventures await.

You can commune with wildlife at a popular lion park; stroll among the beautiful gardens, parks, and other attractions in Pretoria, the country's administrative capital. There are many places to visit outside the city. There are several wild game parks to go on safaris (The Kruger National Park and the Pilansberg Nature Reserve are recommended), places of historical interest (Soweto, Nelson Mandela’s home, The Apartheid Museum, The Maboneng Precinct), elephant and lion sanctuaries. You can explore the UNESCO-listed Cradle of Humankind, one of the richest paleoanthropological sites in the world.

OR Tambo is an international airport that has flights from all over the world.

Most people travel by car to work and school. The next most popular means of transport is the Metrobus. There are regular busses travelling in all directions throughout the working day. (Busses do not operate in the evenings.) There is also the Gautrain but the routes only cover a 5–8 km radius neglecting many areas. It services mostly the northern suburbs and the areas around Rosebank, but it does have a station in walking distance to the school in Braamfontein.

In addition there is the Rea Vaya which means "we are going". The goal of the project is to make the entire city accessible to at least 80% of residents. At the time of writing the system is safe, cheap and effective. The trunk and complementary routes run on their own lanes avoiding the infamous J'oburg traffic jams and the feeder routes run on roads like normal buses.

The school has its own canteen that serves Halaal food. There are also several trendy coffee shops and restaurants in the vicinity.

There are some convenient stores and supermarkets within walking distance from the school. 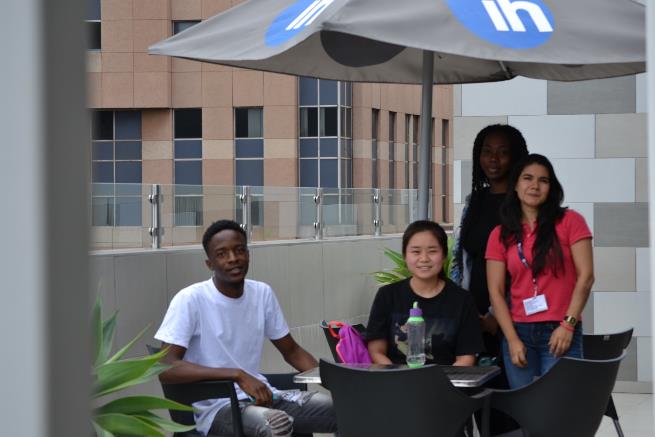 IH Johannesburg has a host family programme. If you choose this type of accommodation, you will be placed with a South African family. The family will provide you with your own room. In your room you will have a comfortable bed, a working area, a place for your belongings. You may need to share a bathroom but most families provide you with your own. You will have breakfast and dinner during the week with the family and over the weekend three meals a day. The family will also transport you to and from the school on a daily basis. They will also provide linen and do your laundry during your stay. They are there to support you and make you feel at home. 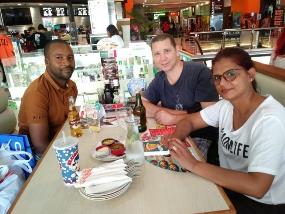 The cost for accommodation with a host family is about  R12,250-00. This also includes airport pick and drop off.

Working in TEFL
If you feel like you’re stuck in a rut in your current job, that you work long hours and don’t get anything back on a daily basis, then maybe you...
Read more

Is a career in TEFL for you?

Working in TEFL
Are you thinking about whether TEFL is for you? Being inspired by the idea of working and teaching abroad is fantastic, but it can be a daunting prospect to make...
Read more
Read more blogs